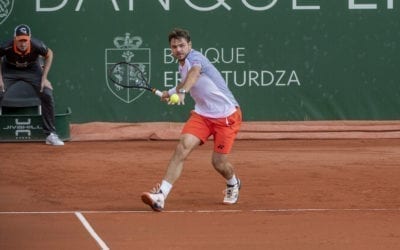 Stan Wawrinka left at the entrance

A thunderclap on the Bank Eric Sturdza Geneva Open! Winner of the tournament in 2016 and 2017, Stan Wawrinka fell from the outset. The Vaudois was defeated 3-6 6-3 6-4 by Damir Dzumuhr (ATP 57). Just out of qualifications, the Bosnian exploited the lack of regularity in the No. 2 seed’s play, to reach the quarterfinals.

This day that bathed in sunshine and followed by a large audience has also made others victims of the brand. Therefore, titleholder, Marton Fucsovics (ATP 38) has been beaten 6-4 6-2 by Argentine Federico Delbonis (ATP 84). Seeded No. 3, the Chilean Christian Garin (ATP 37), like Stan Wawrinka and Marton Fucsovics, was eliminated in his first match on the clay at Eaux-Vives, beaten 6-2 4-6 6-4 by the Japanese player, Taro Daniel (ATP 137).

After the defeats of Stan Wawrinka and Christian Garin, the Bank Eric Sturdza Geneva Open will present an unexpected finalist Saturday. It will come from the quartet formed of the Moldovan Radut Albot (ATP 45), the Chilean Nicolas Jarry (ATP 75), Damir Dzumhur and Taro Daniel. On the eve of the quarter finals, it’s hard to guess which of the four will still be in contention for the title Saturday. It is also the magic of tennis! 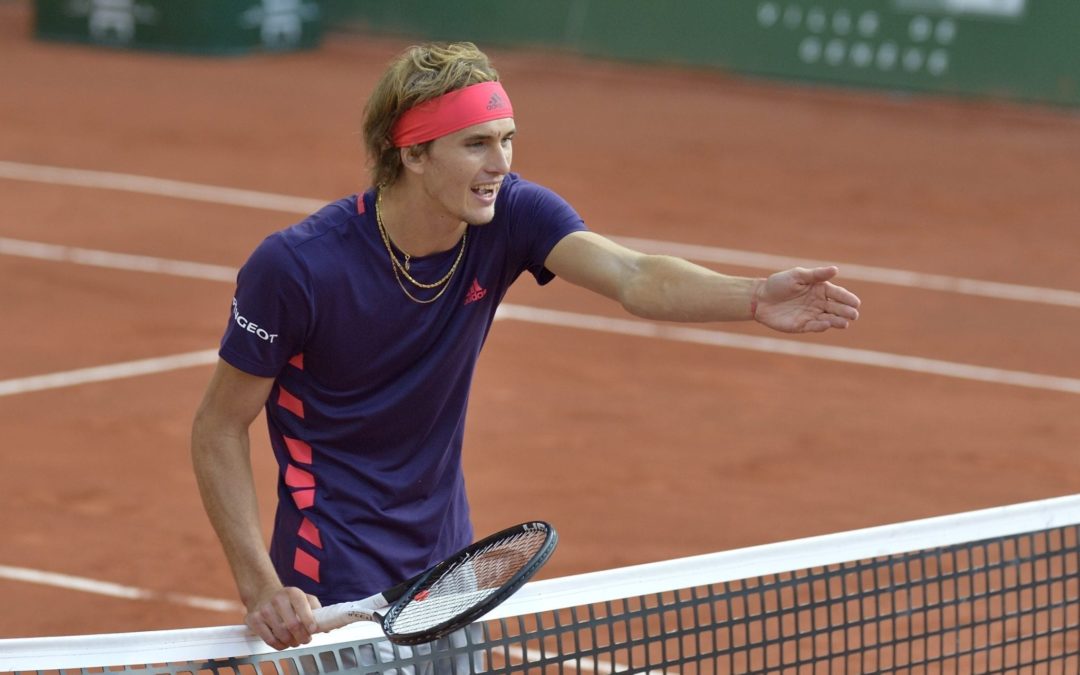 He has taken to his No. 1 seeded status with class and panache. “Sascha” Zverev won 6-2 6-1 with ease, in just over an hour against Latvian Ernests Gulbis. Earlier in the day, another winner of the London Masters did not have the same success and left through the back door.

Grigor Dimitrov failed to link the success. After brilliantly coming out of the qualifiers, the Bulgarian, who has just turned 28, did not hold out against the Argentinean clay specialist, Federico Delbonis. He had won the first set 6-1, but did not find the solutions he needed afterwards. Delbonis, who will meet the 2018 finalist Marton Fucsovics in the second round, won 1-6 6-4 6-2.

To start the night session with some delay (the matches lasted longer than expected, to the delight of the audience!), Alexander Zverev was highly anticipated. The world number 5 made short work of his opponent of the day, Ernests Gulbis, pocketing an “easy” win. The 22-year-old German is thrilled to find his bearings in an arena that reminds him of Munich, both in the atmosphere and in the climate.

In other games of the day, Joao Sousa defeated Argentina’s Leonardo Mayer in three sets, 6-2 6-7 6-4. Qualified Damir Dzumhur also continued his fine epic duel by winning a hard fought (6-7 6-4 7-5) against the almost veteran Feliciano Lopez. Finally, to close this long day, the Bolivian Hugo Dellien pocketed his ticket to the quarterfinals against Janko Tipsarevic 7-6 6-3.

We knew the weather would be temperamental this week at Parc des Eaux-Vives. And today it did not disappoint, as the matches had to be suspended and some even postponed. Grigor Dimitrov will play his first round tomorrow, as will Johann Nikles of Geneva in doubles with Nenad Zimonjic.

The matches were interrupted for a few hours this afternoon, but they were able to resume again to the delight of the South Americans, the big hitters of the top seeds. In effect, the Bolivian Hugo Dellien first beat the Italian Andreas Seppi (No. 8) in three sets (6-1 3-6 6-4) and was joined soon after in the second round by Chilean Nicolas Jarry, winning 6-2 7-6 (4) against No. 7 of the tournament, the Australian Matthew Ebden.

Following the evening’s match cancellations, that are Janko Tipsarevic and 2018 finalist, Peter Gojowczyk, who found themselves headlining this wet and relatively cool – 11 ° Monday night shown on the board, definitely not worthy of weather a month of May! Against all expectations, it is the former world No. 8, dropped to the 317th place of the ATP ranking, who won the match 7-5 7-5 against a slightly transparent German.

So it will be a big day tomorrow, as the world No. 5 Alexander Zverev will face the Latvian Ernests Gulbis at 6pm. Earlier in the day, on the Centre court, the matches between Grigor Dimitrov against Federico Delbonis, then Feliciano Lopez against Damir Dzumhur should not be missed. 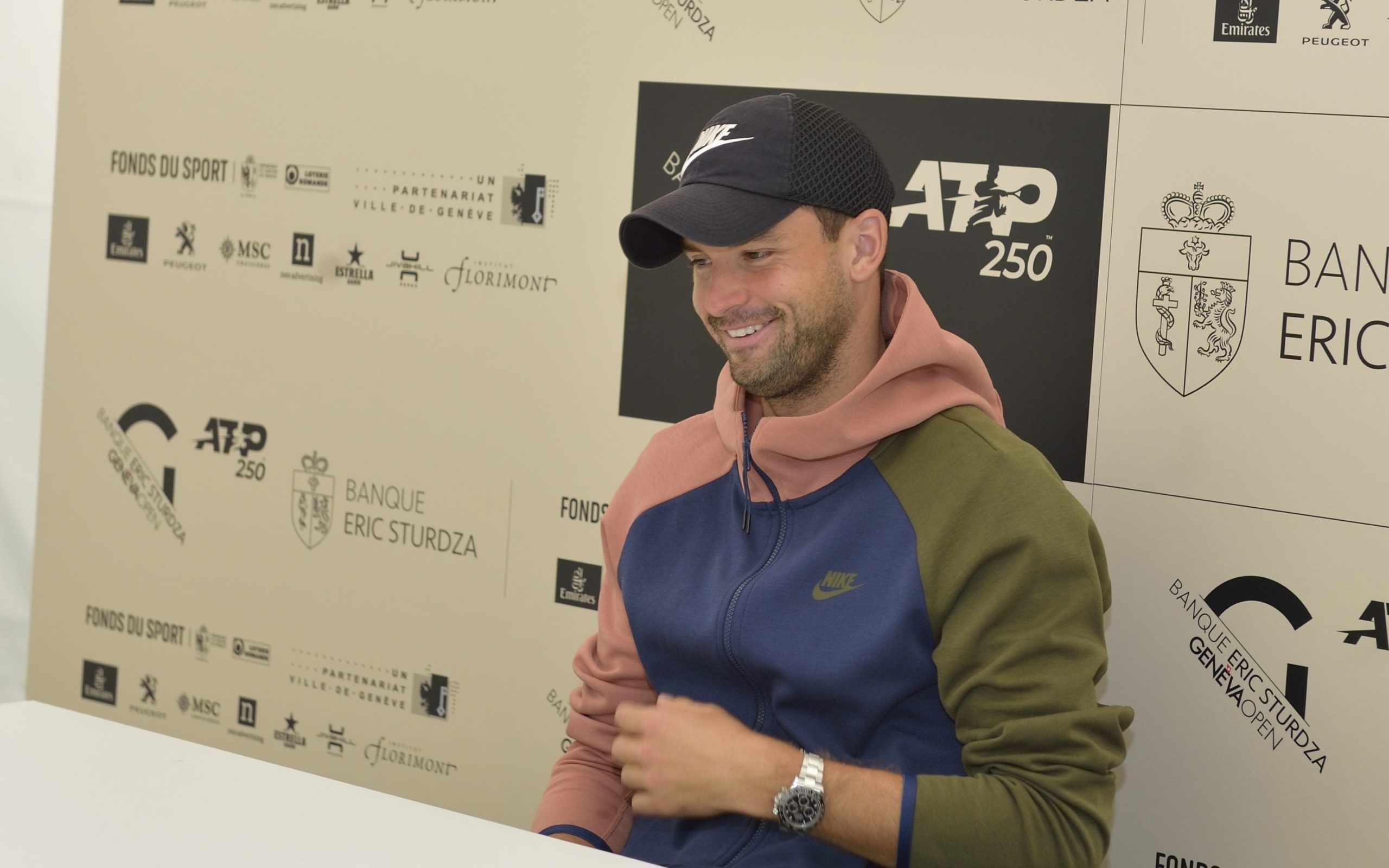 Dimitrov confirms his place, Gulbis gets frustrated and wins

These are two players out of the qualifications that can feed beautiful ambitions, and Ernests Gulbis is still as volcanic as ever: the spectacle on Sunday at the Parc des Eaux-Vives by the Bank Eric Sturdza Geneva Open was well worth the detour.

In front of a large audience, Grigor Dimitrov (ATP 48) validated his ticket for the main draw. Winning 7-5 6-3 to Italian Thomas Fabbiano (ATP 100), the Bulgarian will return on court on Monday for his first round against Argentina’s Federico Delbonis (ATP 78) in the shock encounter for the day, at 18:00 on the program.

Quarter-finalist this spring in Monte Carlo, where he was already a qualifier, Lorenzo Sonego (ATP 67) beat 6-4 7-6 (7/5) Serbian Miomir Kecmanovic (ATP 84) after an excellent level match. Like Dimitrov, the Turin will chain a third meeting in three days. He is called to challenge Moldovan Radu Albot (ATP 44).

For his return to Parc des Eaux-Vives, three years after a defeat to Marin Cilic, Ernests Gulbis (ATP 74) has been true to his character. The Latvian defeated Japan’s Yoshihito Nishioka (ATP 75) 6-2 7-6 (9/7) at the end of a meeting rich in twists that cost him … two rackets. The price to pay to finally win a game after a run of nine straight defeats.

Ernests Gulbis will be opposed by the seeded No. 1 in the tournament, Alexander Zverev. The younger Zverev will undoubtedly be keen to restore the family’s honor after the defeat of Mischa, a finalist two years ago, who was beaten 6-4 6-4 by the Argentine Juan Ignacio Londero (ATP 73). 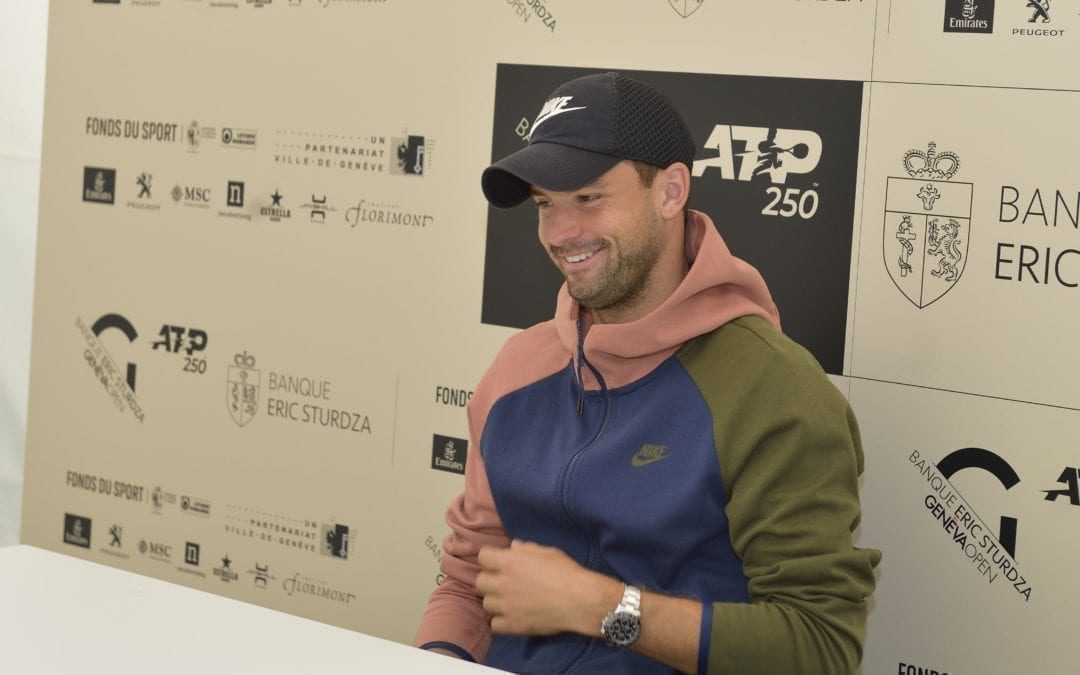 Despite real bravery, Marc-Andrea Hüsler (ATP 276) did not manage to reverse the odds at the Bank Eric Sturdza Geneva Open. The Zurich-man logically inclined 6-4 6-3 in the first qualifying round in front of Grigor Dimitrov (ATP 48). Two breaks were enough for the winner of the 2017 Masters to win on the Central court Parc des Eaux Vives in front of a well-filled stand.

“I want to go back to the top!” Grigor Dimitrov made no secret of his intentions. “I am here to regain new confidence. Honestly, I have no expectations on this tournament, but I’m hungry. My two coaches, Radek Stepanek and Andre Agassi, are also hungry. The fact that Andre Agassi came to follow me here at Parc des Eaux-Vives in my first match underlines the investment that can be made in this adventure. Our relationship is really strong.”

This Sunday, the protégé of Radek Stepanek and Andre Agassi, who didn’t avert their gaze during his match against the Swiss hopeful, will face Thomas Fabbiano (ATP 100) for a place in the main draw. Dimitrov won 7-6 6-4 6-4 last January in front of the Italian in the first round of the Australian Open for their only confrontation to date.

The first two meetings of the main draw will follow this match between Dimitrov and Fabbiano. They will pit Ernests Gulbis against Yoshihito Nishioka and Mischa Zverev, the 2017 finalist, against Juan Ignacio Londero.

Fognini in May in Geneva !

The 2019 edition of the Banque Eric Sturdza Geneva Open holds its first headliner! Number 13 in the ATP world Tour Rankings and semi-finalist in Geneva in 2018, Fabio Fognini will join the party from the 18th until the 25th of May 2019.

The Italian player will once again set foot on the beautiful clay of the Parc des Eaux Vives with the strong intention to add his name to the winners list. Fabio Fognini has lived a remarkable year with three titles conquered in Sao Paulo, Bastad and Los Cabos. He is one of the most admired player of the tour. Thanks to its wonderful skills.

The San Remo born is the first top player to announce his presence for the 2019 edition of the Banque Eric Sturdza Geneva Open, the only ATP tournament organised in western Switzerland. For its fifth edition, it’s already said that the player’s entry list will be of the highest quality.

Thanks to an unique set up and to the quality of its infrastructure, making it possible to hold four “night Sessions” throughout the week, it has become one of the key tournaments in the “clay season”.  We will also note that four of the players attending the Masters in London in 2018- Marin Cilic, Kei Nishikori, Kevin Anderson and john Isner- have been around in Geneva these past years. In addition, the tournament is one a the few ATP 250 tournament to have ever held a final between two grand slams winners in 2016, when Stan Wawrinka won his first ever title on swiss ground against Marin Cilic.

The 2018 edition won by the hungarian Marton Fucsovics (first ever career title), has attracted 24’000 people over the week. Stan Wawrinka, winner in 2016 and 2017, Steve Johnson or more Frances Tiafoe, Marton Fucsovics and Fabio Fognini have made it once again a very intense and competitive edition.

The tournament Banque Eric Sturdza Geneva Open benefited from 913 hours of live television broadcasted in 101 countries worldwide. Broadcasters such as SSR, Eurosport and IEC (Lagardère Sports) have seen their audience rise by 25 % on the European market.

In 2019, the organising Committee will make improvements to once and for all set the tournament in Geneva’s sporting landscape. By it’s various offers, bread by an attractive fare policy and by the quality of its VIP Hospitality, the “Chateau VIP”, in which a Star Chef will practice his art, it intends to participate in the radiance of the town and the canton.

Ticketing is already open at FNAC and Ticket Corner’s desks.