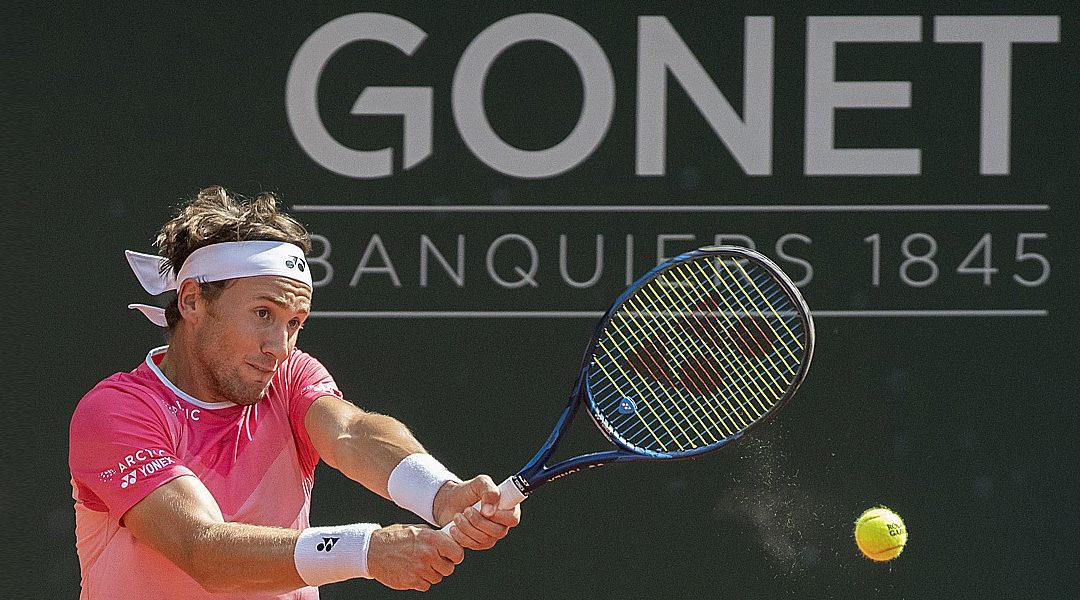 The partnership between the Gonet Geneva Open and the private bank Gonet & Cie SA is now a long-term one. Initiated in 2021, it has been extended until 2025, with an option for the 2026 and 2027 editions. Private bank Gonet & Cie SA thus remains the title sponsor of an ATP 250 tournament that has been organized since 2015 in the magnificent setting of the Parc des Eaux Vives and that has very quickly earned its letters of nobility.

Director of the Gonet Geneva Open, Thierry Grin says he is “extremely touched by the mark of confidence from Gonet bank.” “With such a committed title sponsor by our side, we are convinced that the Gonet Geneva Open will continue to grow and contribute to the influence of Geneva”, he continues.

For his part, Nicolas Gonet comments, “It is important for us to make a long-term commitment and thus contribute to the development and sustainability of a sporting event that has become a major event in French-speaking Switzerland. “

Since 2015, the Gonet Geneva Open has attracted renowned players, starting with Roger Federer, who played his last tournament in Switzerland in Geneva in 2021. Stan Wawrinka, for his part, won twice at the Parc des Eaux-Vives, in 2016 and 2017. The tournament’s past winners list also includes the names of Alexander Zverev, winner in 2019, and Casper Ruud, two-time defending champion. Daniil Medvedev, Dominic Thiem and Marin Cilic, three Grand Slam winners, have also played at the Gonet Geneva Open.

Casper Ruud for a three-peat

Casper Ruud will be aiming for an unprecedented hat-trick this year at the Gonet Geneva Open after his successes in 2021 and 2022. No. 3 in the world on January 1st, the Norwegian will be looking for his third crown at the Gonet Geneva Open, the eighth edition of which will take place from May 20 to 27 at the Parc des Eaux-Vives.

Undefeated in eight matches on the Geneva Tennis Club center court, Casper Ruud will be
presenting himself to the Geneva public as a two-time Grand Slam and Masters finalist. The year 2022 was indeed the year of almost all happiness for the 24-year-old player. We are naive enough to believe that his second victory at the Gonet Geneva Open, which came at the end of a closely fought final against the Portuguese Joao Sousa, was a real turning point. It allowed him to build up his confidence before heading to Paris. At Roland Garros, he reached the final with great authority before falling to Rafael Nadal.
Less than three months later, Casper Ruud demonstrated in New York that his performance in Paris was no fluke. He qualified for the final at Flushing Meadows where he was one tie-break away from becoming the world’s No. 1 player against Carlos Alcaraz. Casper Ruud was to conclude his year with a strong performance at the Masters in Turin, where he lost only in the final against Novak Djokovic.

In a recent interview with “L’Equipe Magazine”, Casper Ruud recalled that his victories in ATP 250 tournaments such as the Gonet Geneva Open have given him a confidence that he has been able to bring to life on the big occasions.