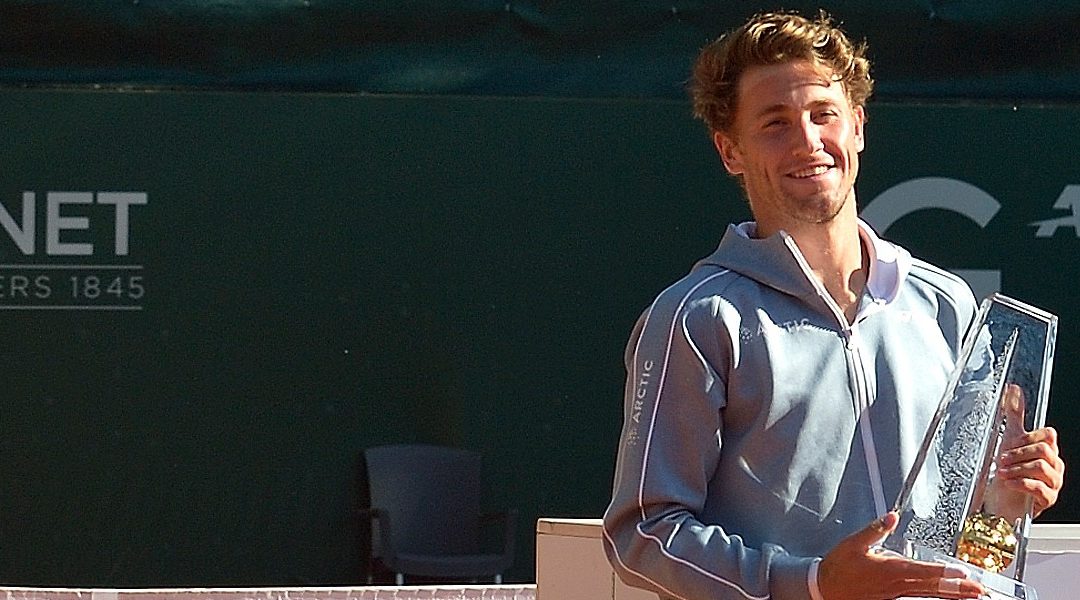 The 2021 edition of the Gonet Geneva Open crowned Casper Ruud (ATP 21). The 22-year-old Norwegian won 7-6 (8/6) 6-4 in the final against Denis Shapovalov (ATP 15). He wins the second title of his career fifteen months after his success in Buenos Aires.

Favourite of the bookmakers, Casper Ruud did not concede a single break point against the Canadian, as he did in the semi-final the day before against Pablo Andujar. This statistic alone shows the absolute mastery of a player who had just reached the semi-finals of two Masters 1000 tournaments, in Monte Carlo and Madrid.

This success at the Gonet Geneva Open ensures that Casper Ruud moves up five places in the next ATP rankings. It also earns him the label of the great outsider at the next French Open. In Paris, no player will like to rub shoulders with the Oslo native who is developing a formidable game on clay after training with Rafael Nadal in Majorca. His forehand is becoming an absolute weapon.

With the titles of Casper Ruud in singles and the duo of Australian John Peers and New Zealander Michael Venus in doubles, the book for the 2021 edition of the Gonet Geneva Open has been closed in fine fashion. Despite the limited capacity of 100 spectators and the often unfavorable weather, the tournament was a success. The presence of Roger Federer and the exploits of Dominic Stricker have, of course, fed the chronicle of an event called to grow even more. The appointment is therefore made for 2022.