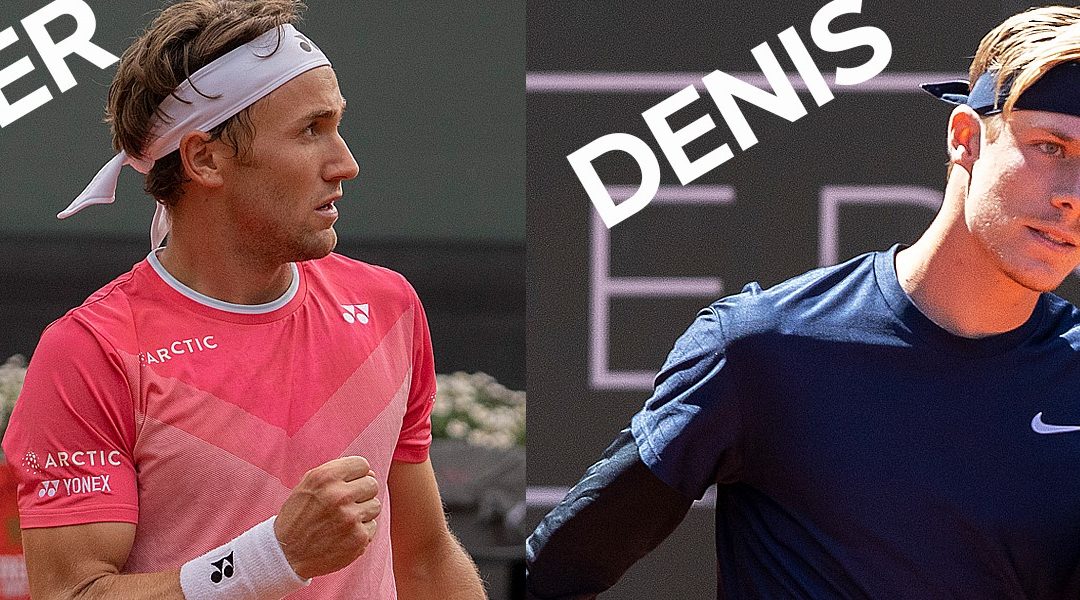 The Gonet Geneva Open 2021 has a final that promises to be sumptuous. It will oppose this Saturday at 4pm Casper Ruud (ATP 21) and Denis Shapovalov (ATP 15) for a very undecided confrontation.

The Norwegian and the Canadian have never faced each other before. The No. 3 and No. 2 seeds in the draw will arrive perfectly “launched” for this first duel. Caspar Ruud is coming off two semifinal appearances in the last two Masters 1000 tournaments in which he participated, in Monte-Carlo and Madrid. As for Denis Shapovalov, no one can ignore the fact that he had two match points in Rome last week against the future winner Rafael Nadal.

Both men delivered perfectly in the semifinals. Casper Ruud won comfortably 6-3 6-2 over Pablo Andujar (ATP 75). The Valencian was the “executioner” of Roger Federer and Dominic Stricker on his way to the semifinals, but was unable to control his opponent’s forehand. He did not have a single break point in the eight games he played.

Denis Shapovalov’s task was not as easy. Against Pablo Cuevas (ATP 102), the left-hander really had to work hard to win 6-4 7-5. The Uruguayan had his chance in both sets before giving in to an opponent who seems to be on a mission this week on the TC Geneva courts. The Canadian intends to win the Gonet Geneva Open to pick up a second title after his success in 2019 in Stockholm. His problem is that Casper Ruud has the same ambition: to add a second line to his prize list after his victory in Buenos Aires in 2020.