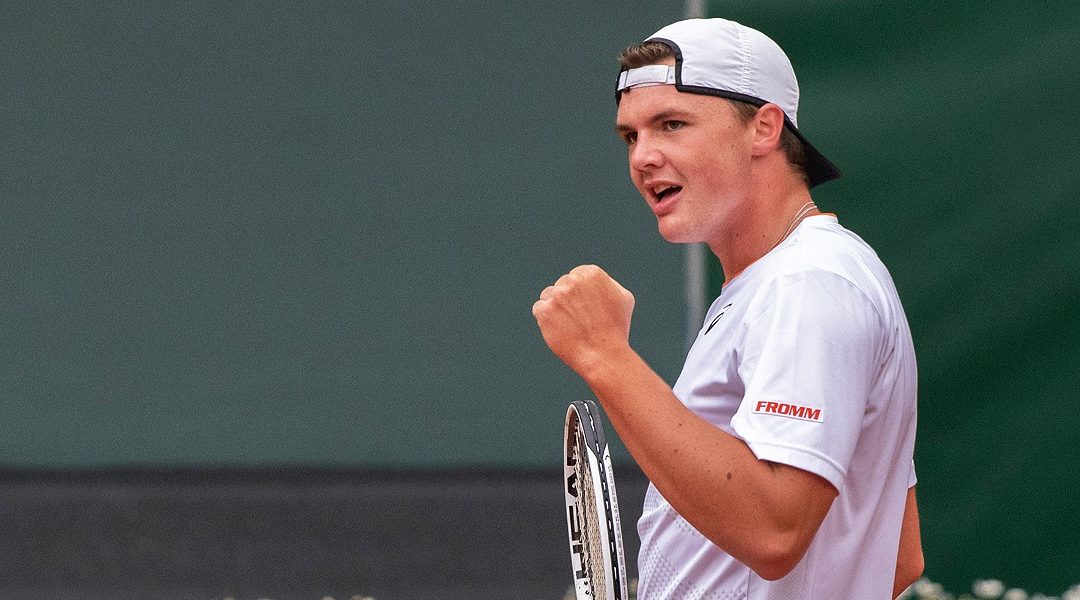 The adventure continues for Dominic Stricker (ATP 419). The day after his victory over Marin Cilic, the Bernese won 7-5 6-4 over Marton Fucsovics (ATP 44) to reach the quarterfinals of the Gonet Geneva Open.

This Thursday, Dominic Stricker will have the opportunity to avenge his loss to… Roger Federer with his match against Pablo Andujar (ATP 75). Even though the Valencian metronome showed all his bravery on Tuesday against the man with twenty Grand Slam titles, Dominic Stricker is not starting out defeated. The Bernese can, in fact, make lightning flash from his left arm. Against Marton Fuscovics, who won this tournament three years ago, he was able to dictate the match with his forehand and his lightning-fast backhand.

In this match, which was interrupted twice due to rain, Dominic Stricker showed remarkable nervous control. His composure in the “money time” contrasted with the feverishness of the Hungarian who lost both sets on two double faults. “I was able to stay calm,” the Berneseman rightly emphasized.

Dominik Stricker, who reached the quarter-finals of his first ATP Tour tournament two months after winning the Lugano Challenger, is following in the footsteps of Marc Rosset. In 1989, the Geneva won the title at the age of 18 at the Parc des Eaux-Vives to launch a career that was magnificent. “There are still some very good players in the field”, says Dominic Stricker when asked if the feat is possible. The road is, it is true, still long but Dominic Sricker wants to believe that he can follow it to the end.