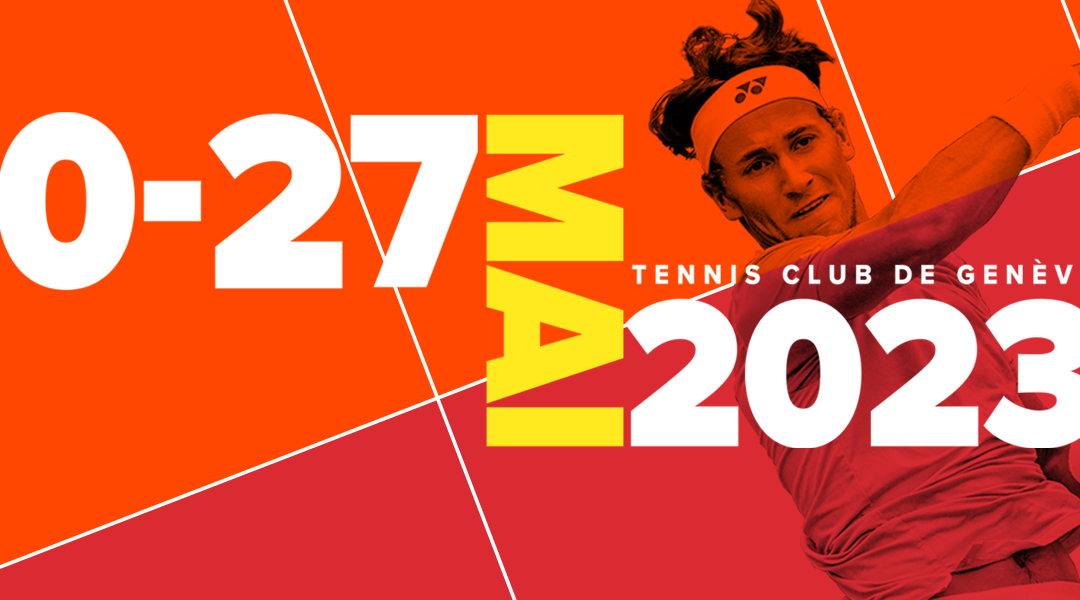 The eighth edition of the Gonet Geneva Open will take place from May 20th to May 27th in the enchanting setting of the Parc des Eaux-Vives.

The Gonet Geneva Open is the biggest tournament in French-speaking Switzerland and has become one of the most important events of the clay-court season. It will once again attract top players.

The opening of the ticket office coincides with our “Early Bird” promotion: Book now and benefit from a 20% discount on all 1st category seats for one month!

The Gonet Geneva Open will once again be one of the major spring events in Geneva. With the ATP 250 label, it can count each year on the presence of players of great renown, starting with its two-time title holder Casper Ruud. In 2022, the Norwegian played in the finals of the French Open against Rafael Nadal, the US Open against Carlos Alcaraz and the Turin Masters against Novak Djokovic after his second victory at the Parc des Eaux-Vives to finish the year ranked 3rd in the world.

Before him, other great players have played in Geneva, starting of course with Roger Federer in 2021. Stan Wawrinka won the tournament twice in 2016 and 2017. Three other Grand Slam winners have also played: Daniil Medvedev, Dominic Thiem and Marin Cilic. Alexander Zverev, Grigor Dimitrov, David Ferrer, Kevin Anderson, Kei Nishikori, John Isner, Fabio Fognini and Denis Shapovalov are also among the long list of top players who have already been to Geneva.