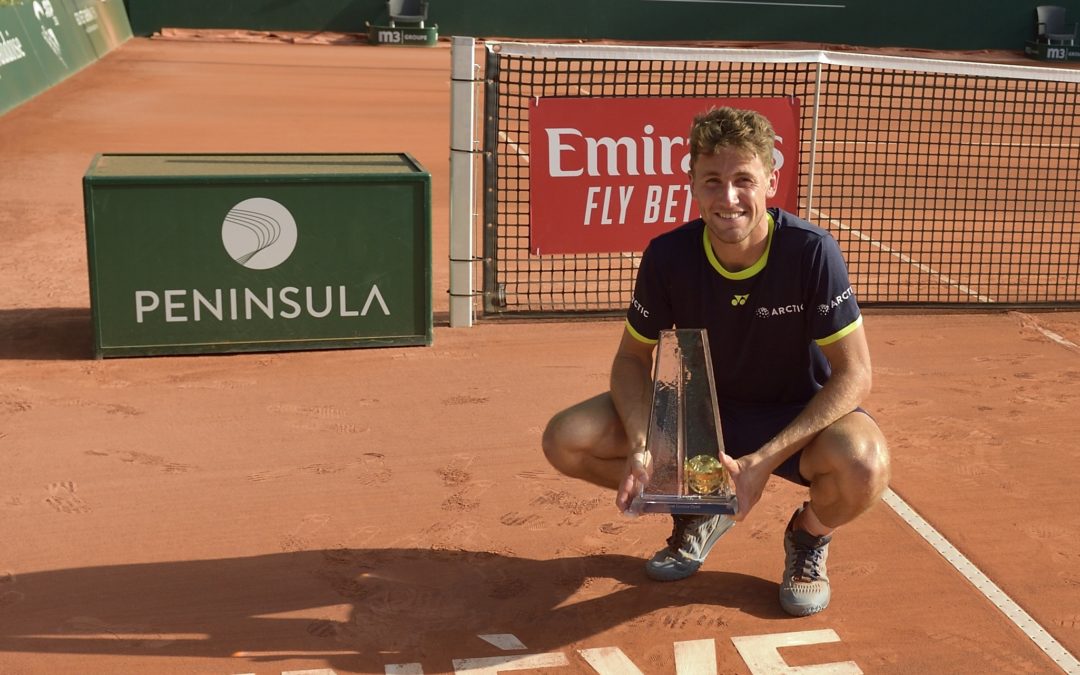 The spectators at the Gonet Geneva Open won’t have been disappointed with that epic combat. On this sunny Saturday, they witnessed more than three hours of out-and-out battle between Casper Ruud (ATP 8) and Joao Sousa (ATP 79). While the Norwegian cinched the win 7-6(3) 4-6 7-6(1), there could have been a whole other ending. Joao Sousa even served for the match in the final set before the tournament’s No.2 seed made a comeback, determined not to lose hope. Casper Ruud, the defending champion of the 2021 tournament, appeared far from his best in the second set and into the third, while the Portuguese didn’t miss a shot. Who can say what spurred this turnaround – did the 2015 finalist’s nerves suddenly get to him?

“Every player – and even the biggest champions! – feels a bit of pressure when serving for the match”, Casper Ruud acknowledged, in the on-court interview after the match. “That must have been what happened to Joao too, and I took advantage to take my best shots. It all came down to one or two key points today, but of course it was a very difficult match. In fact, it’s the first time this week I had such long rallies, and it might be the match I’m happiest with.” The 23-year-old Norwegian heads off to Paris tonight, his heart light and his confidence boosted 200% after winning his second consecutive title in Geneva.

Joao Sousa is already looking forward to next year and hopes that it will be third time lucky for him in a Geneva final. The Gonet Geneva Open is a very special tournament to him. “I felt the enthusiasm of the crowd today, it was very special. I played well all week, and I’m happy with my tennis, but for sure, I’d have preferred to have won. I’m especially disappointed for my family who surprised me by being here today. I didn’t know they’d be here, I would have loved to have given them the big trophy!” One thing’s certain, the 33-year-old Portuguese will be back in Geneva to try his hand once again.

A record-breaking week
This 2022 Gonet Geneva Open has beaten all records. With the sun beaming and the mercury rising, there was a large crowd present throughout the week. More than 28,000 spectators travelled to the Parc des Eaux-Vives this year. That’s a record turnout for the Geneva tournament, demonstrating what an essential step it is on the ATP Tour – not to mention its popularity among spectators and players alike. See you next year, from 13 to 20 May 2023!