Caspar Ruud: a fourth semi-final in a row 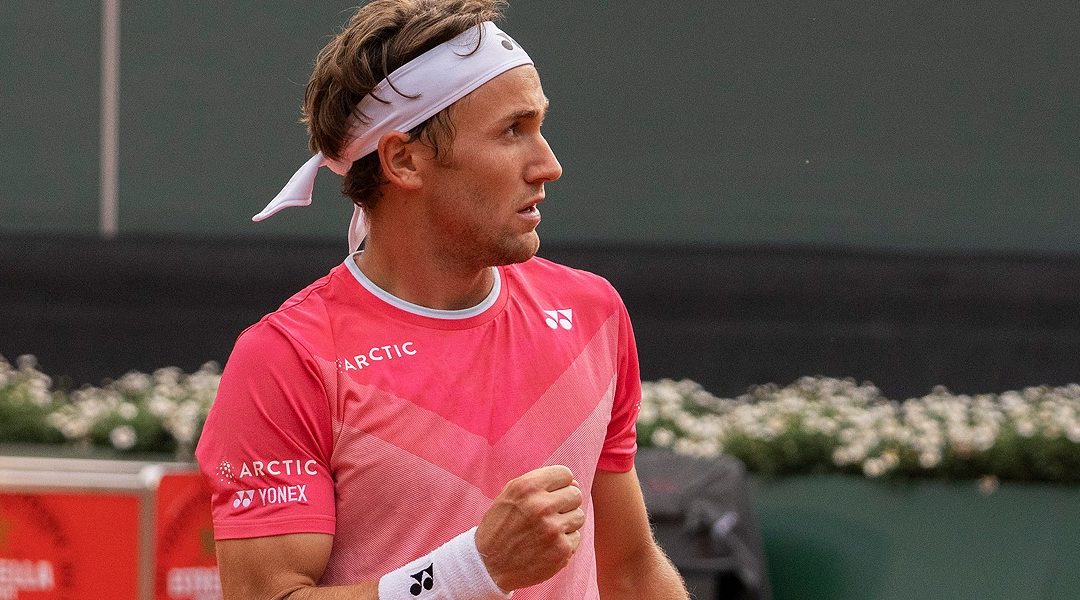 Caspar Ruud: a fourth semi-final in a row

Will the fourth one be the right one! This Friday, Casper Ruud (ATP 21) will play his fourth semifinal in a row after Monte-Carlo, Munich and Madrid with the hope of going one step higher this time.

Beaten by Andrey Rublev, Nikoloz Basilashvili and Matteo Berrettini in the first three semifinals, the Norwegian hopes to overcome the Indian sign against Pablo Andujar (ATP 75). The son of Christian, a former Tour player who came to Geneva in 1993 to play in the Drizia Challenger, Casper Ruud can have great ambitions for this Gonet Geneva Open. Despite losing the first set to Dominik Köpfer (ATP 59) on Thursday, the man from Oslo is giving off a great impression on the TC Geneva courts. He won the title last year in Buenos Aires and feels he can hit the jackpot on Saturday and succeed Alexander Zverev as the tournament’s winner.

However, Casper Ruud will approach this semi-final against Pablo Andujar with extreme caution. The “tormentor” of Roger Federer and Dominic Stricker has shown this week that he can come from nowhere to turn a match in his favor. Beaten by the Valencian in 2019 at the Challenger in Prostejov but victorious last year in Buenos Aires in Act II of their duel, Casper Ruud knows perfectly well that he must not let his guard down at any time. Still alive after being down 4-2 in the third set to Roger Federer and then 6-4 3-1 to Dominic Stricker, Pablo Andujar also wants to believe that the Gonet Geneva Open can be “his” tournament.